Haven't Been Around For Personal Reasons 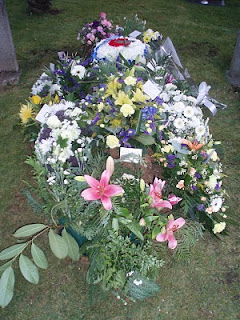 It has been a very sad year for me so far this year. My Grandad, always a healthy man, has been in and out of hospital due to catheter blockages and the fact that the home haven't been caring for him properly.

The hospital looked after him well enough in January, sent him back to the home and less than 24 hours later he was back in hospital because they couldn't cope with him. This is where he stayed, basically dying due to lack of care. All they were interested in was getting the bed back. 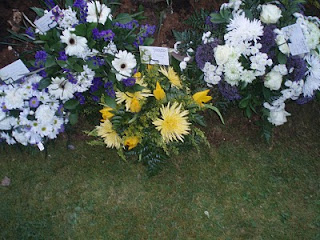 Mine is the yellow posie

We managed to get him into a hospice and they were appalled at the state the hospital had sent him in, his catheter was blocked, he was in terrible pain and as a result he was very poorly. The following day he died of septicemia (blood poisoning) :( We were told that had he gone to the hospice home a week or even a few days earlier he would probably still be alive because they would have done a blood transfusion. 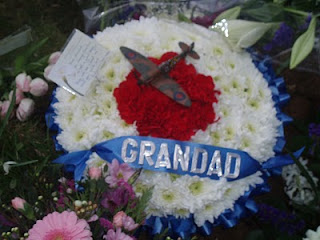 RAF Spitfire from my Cousin

His funeral was on Wednesday. It was a lovely cold, sunny day and the service went well. Marion was such a brave little girl, she's going to miss him a lot, as am I.

I am going to go and do a little stitching now and perhaps get back to some normality from now on.
Posted by Heather at 09:05